“Indeed, it is estimated that 90 percent of women in Iceland did not show up for work on October 24, 1975. And the strike brought the Icelandic economy to a standstill. Schools, nurseries, shops, and factories closed, and men had to step in by either staying at home or bringing their children to work. There were over twenty rallies organized all over the country, but the biggest event took place in Lækjartorg, the main square in downtown Reykjavík, 25,000 women attending — just under half of the entire female population in the capital area.

On the stage in Lækjartorg, a girls’ marching band opened the rally, which included theatrical performances, sing-alongs, and addresses by the only female MPs […] and Aðalheiður Bjarnfreðsdóttir, a domestic worker. It was Aðalheiður who captured the hearts and minds of the audience, speaking without notes about the disrespect women faced in their work. They were considered an auxiliary workforce, to be called out when work was plenty but sent home when it became scarce. She believed that women were a force for change and would, in time, have something to show for their efforts and solidarity. Her famous words are still widely remembered.”

The Day Women Brought Iceland to a Standstill (via Jacobin)

This website uses cookies to improve your experience while you navigate through the website. Out of these, the cookies that are categorized as necessary are stored on your browser as they are essential for the working of basic functionalities of the website. We also use third-party cookies that help us analyze and understand how you use this website. These cookies will be stored in your browser only with your consent. You also have the option to opt-out of these cookies. But opting out of some of these cookies may affect your browsing experience.
Necessary Vedno omogočeno
Necessary cookies are absolutely essential for the website to function properly. This category only includes cookies that ensures basic functionalities and security features of the website. These cookies do not store any personal information.
Non-necessary
Any cookies that may not be particularly necessary for the website to function and is used specifically to collect user personal data via analytics, ads, other embedded contents are termed as non-necessary cookies. It is mandatory to procure user consent prior to running these cookies on your website.
SAVE & ACCEPT 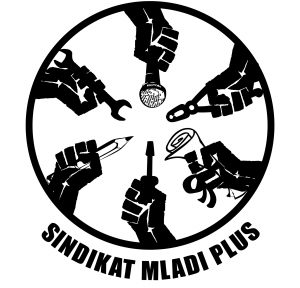